ICLEI was in charge of co-organization, international outreach, online and print reporting.

The Urban Idea supported the project by providing the Creative Director and taking care of the documentation through a book and four films.

Unfortunately, ICLEI has put the documentary website, from which the relevant reports could be downloaded, offline. If you are interested in accessing specific documents shown below without download link, please send us an email.

However, the links to the book "Neighborhood in Motion" and the video documentaries below are working. 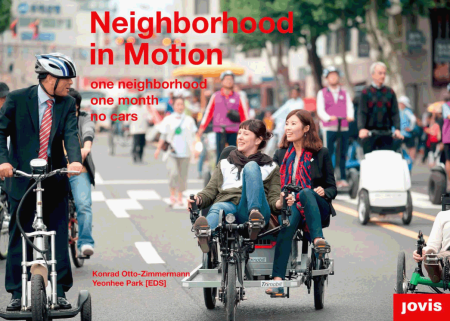 Unfortunately, ICLEI has put the website, which had offered a rich documentation of all aspects of the 2013 Festival, offline. 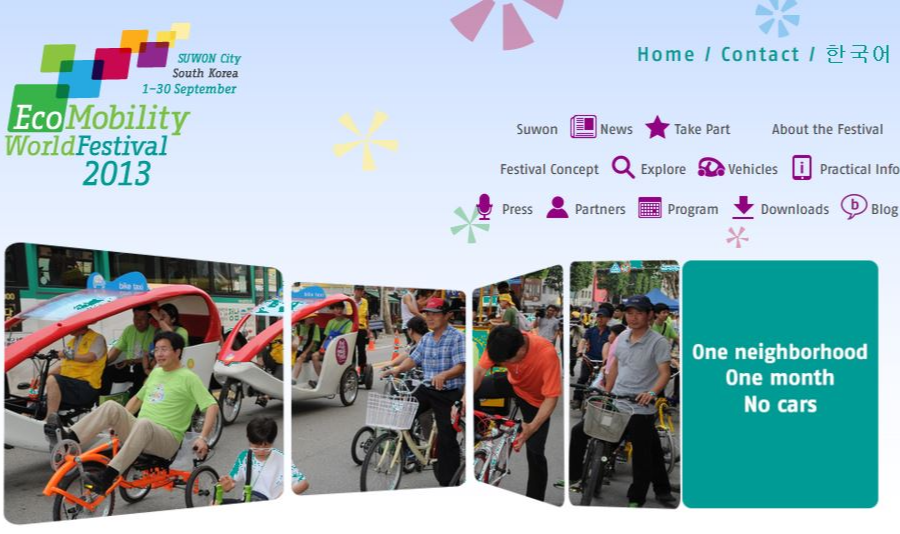 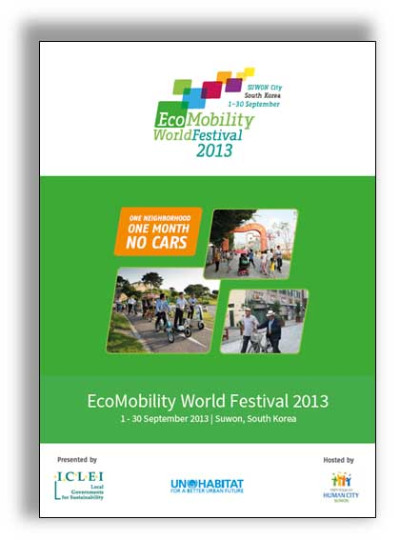 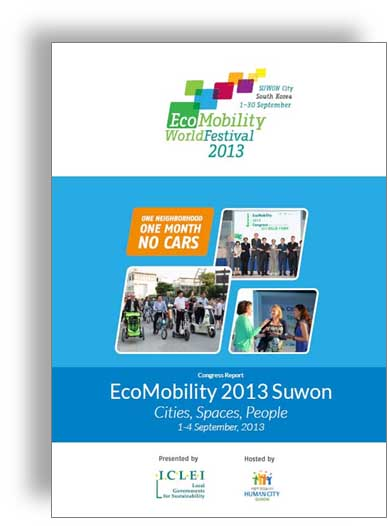 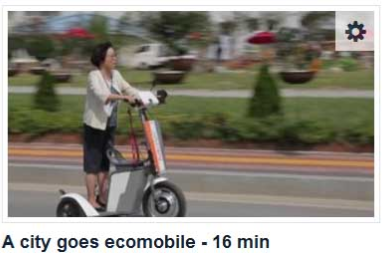 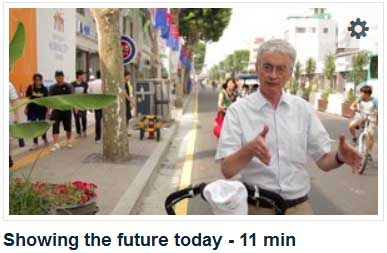 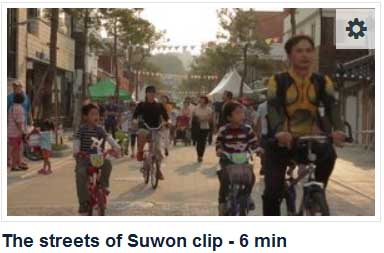 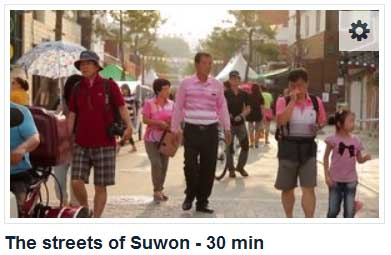 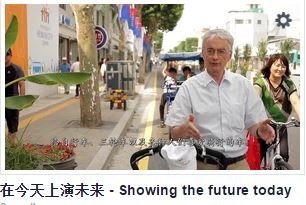 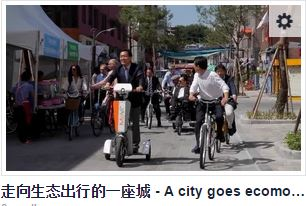 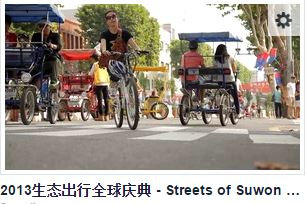 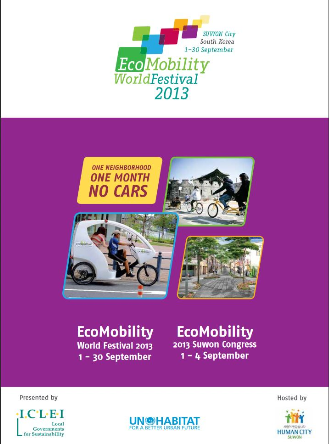 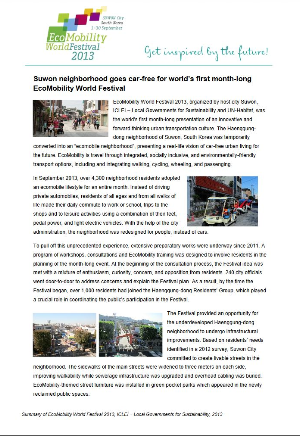